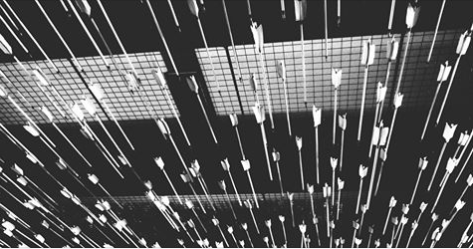 Last week there was an abnormally high network load on the Dash network consisting of around a million 1 input 1 output transactions with a fee just higher than 1 duff per byte. After contacting all likely community members who could have executed this and finding that none of them were involved, it appears that the artificial load on the Dash network was either a stress test by someone outside of the Dash developer community or was an attempted attack.

Over the course of 2 days, there were two large spikes in transactions:

1. Some pools are capped at 1MB blocks

This is likely due to custom implementations. Mining pools will change this naturally once usage approaches 1MB in an effort to capture more fees and be more profitable.

2. Some pools seems not to be emptying the mempool and are producing near empty blocks

We are in active communication with these pools in order to figure out what we can do such that the pools include transactions while not including what appears to be spam (1 input, 1 output, very low fee).

3. Some Masternodes crashed due to not having enough storage space

This was a result of having to store the IS Lock for every transaction. This resulted in nodes running on minimal storage (around 15–20 GB) not having enough space to store all of the IS Locks. Previously, locks were removed after around 7 days. After 0.14.0.3 (PR#3048), IS Locks will be removed as soon as they are confirmed via a ChainLock. This should reduce the size of the `llmq` directory significantly over time.

4. Some Masternodes banned other Masternodes under high load when on the brink of a new quorum becoming active

In order to fix this, we need to detect this situation and then re-verify failed sigs with the previous active set. This is being implemented by PR#3052 and will also be released in 0.14.0.3. This issue resulted in some blocks not receiving a ChainLock and some transactions not receiving IS Locks.

5. Some user transactions did not get included in a block rapidly since they used the default fee

We are exploring ways that we can try to minimize the load that spam and an attacker can have on the network. There are many potential ideas, however, each of these ideas have their benefits and problems and we are still investigating what we can do in order to ensure that users can send funds at a sub cent fee while also preventing spam and attacks on the Dash network.

In response to the discoveries outlined above, 0.14.0.3 is being released. The release includes various bug fixes and improvements. The upgrade is strongly recommended for all Masternodes and is also recommended for all users, exchanges, partners and full node operators.

What Is Dash InstantSend (and How Does It Work)?

This website uses cookies to improve your experience while you navigate through the website. Out of these, the cookies that are categorized as necessary are stored on your browser as they are essential for the working of basic functionalities of the website. We also use third-party cookies that help us analyze and understand how you use this website. These cookies will be stored in your browser only with your consent. You also have the option to opt-out of these cookies. But opting out of some of these cookies may affect your browsing experience.
Necessary Always Enabled
Necessary cookies are absolutely essential for the website to function properly. This category only includes cookies that ensures basic functionalities and security features of the website. These cookies do not store any personal information.
SAVE & ACCEPT
36932