As the Dash community is aware, during the months of November and December 2021, the DCG marketing team set up an initiative to promote Dash, increase brand awareness and aim to increase DashDirect usage in a real world setting. The means selected for this effort was a car topper company in Miami, Florida.

Dash marketing has historically been limited in scope. There are multiple reasons for this, but the most prominent ones are a lack of funding for large marketing actions, and a historically risk averse mindset given the low budgeted amounts. Since 2018, whenever a budget has been available, expenditures related to conference booths or video ads have been prioritized.

In Q4 of 2021, given a slightly higher marketing budget since the 2018 bear market, the Dash marketing team searched for an awareness campaign distinct from what had been done in the past.

Given Dash’s success in obtaining awareness, press attention and interest in Latin America -particularly in Venezuela-  and given the unique advantage of the DashDirect app, DCG’s Marketing manager searched for options that could be within a 50,000 USD range, could have some overlap with our previous efforts, and could allow for testing new, non-digital methods for promotion.

After considering different options, a car topper campaign was selected in the area of Doral, in the greater Miami area, the main considerations were:

After 60 days of sponsoring the car toppers, we received the following datasets, one being from the advertising company VuGo, and the other one from the Android Dash wallet;

From the Vugo Out of home advertising company DCG received the following results: 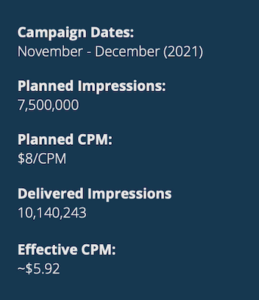 Vugo results (See report at the bottom of blogpost):

From an usage and Dash behavior perspective, In order to measure the effect and usage on Dash wallets, we set up a more granular information set for Florida, or Miami when possible for the months of the Car topper campaign, and received  the following datasets from Dash Android wallet store: 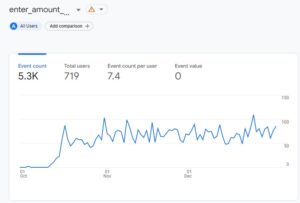 The data in android can only be considered a sample of the whole market, as around 60% of United State’s of America’s mobile users prefer IOs on their mobile units(**2**), but the android installs and usage displayed a large enough part of the market that can be extrapolated for conclusions as a campaign given the lack of a complete dataset.

Even though the results are analyzed with an incomplete set of data due to there not being an iOS dataset, I come to the conclusion that the Miami Car Topper marketing campaign was a good initiative to obtain brand exposure for Dash, and Dash Brand awareness as a cryptocurrency, as well as for DashDirect, but not powerful enough to drive new user behaviour for new people to begin using their Dash as P2P electronic Cash.

These kinds of actions as one offs, are not enough to modify people’s behavior, and get them to download the DashDirect app, the Dash Wallet, sign up to an exchange, and acquire Dash for spending. As we can conclude by seeing that even though the VuGo product over delivered on their CPM, this Dash branding exposure alone did not seem to impact positively the actual usage of already installed Dash wallets, nor the downloading of new wallets.

So it is correct to say that with these actions Dash obtained results on the initial two layers of what is called the “top of the marketing funnel”.

There are many lessons learned, and some of the suggestions that I am making for future OOH branding endeavors include:

Future campaigns need to be more aggressive in terms of communication tools and duration, including more than one OOH media, and such campaigns also need to consider better ways to measure cause-effect.

While most of these actions are common sense, the challenge is to find a way to deploy them with whatever budget is available.

The DashDirect Taxi Car topper campaign was an interesting experiment, and I am sure it will serve as a measurement point, and learning opportunity for future marketing campaigns.

In my personal opinion, Dash should continue trying out constantly efforts, with very different approaches, scrappy marketing activities, and measuring them against each other in order to: 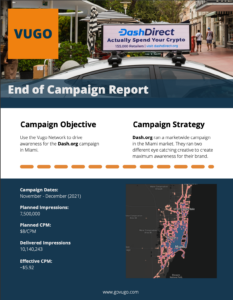 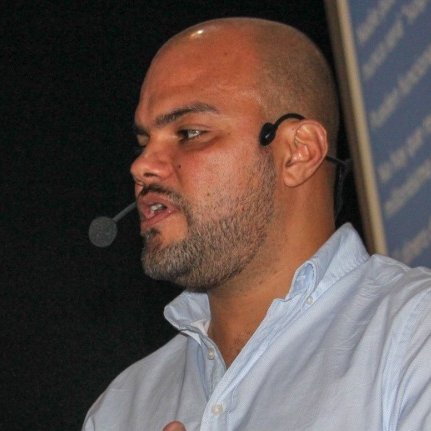 Is Dash good enough for THORChain?

DashDirect, the Most Dashy App

Dash and Thorchain - What's next?

This website uses cookies to improve your experience while you navigate through the website. Out of these, the cookies that are categorized as necessary are stored on your browser as they are essential for the working of basic functionalities of the website. We also use third-party cookies that help us analyze and understand how you use this website. These cookies will be stored in your browser only with your consent. You also have the option to opt-out of these cookies. But opting out of some of these cookies may affect your browsing experience.
Necessary Always Enabled
Necessary cookies are absolutely essential for the website to function properly. This category only includes cookies that ensures basic functionalities and security features of the website. These cookies do not store any personal information.
SAVE & ACCEPT
79067