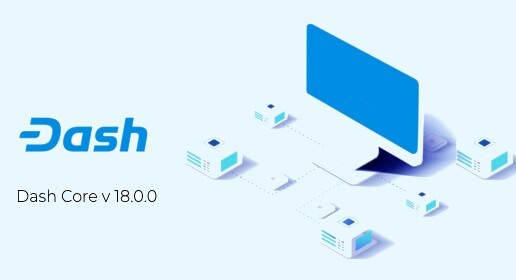 Dash Core v18.0.1 is a major release and is a mandatory upgrade for all masternodes, miners, and users. Version 18.0.1, released on August 15, 2022, introduces a number of improvements to Dash, including performance optimizations, wallet user interface enhancements, greater stability, and numerous enhancements through Bitcoin backports. Comprehensive details can be found in the release notes.

Dash Core Group is pleased to announce that Dash Core v18.0.1 binaries are released and ready for deployment on mainnet by node operators. The following highlights of this major release are described in the previously published Product Brief.

Dash Core v18.0.1 is a mandatory update due to the introduction of a number of improvements to Dash, including governance updates, quorum improvements, and InstantSend optimizations. All masternode operators, miners, and integration partners should immediately review the Product Brief and Release Notes to become familiar with the details of the release and begin the update process. 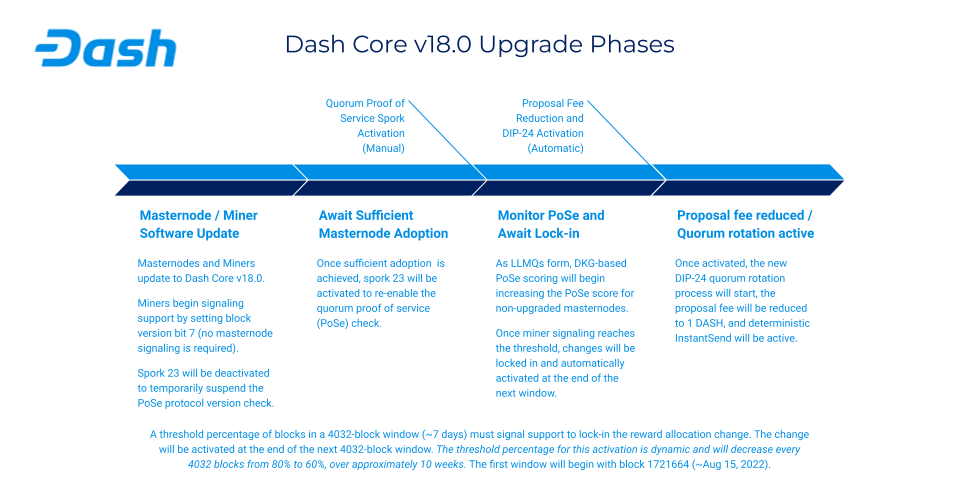 Dash is a global payments network with its own cryptocurrency offering businesses and individuals instant payments for less than a cent per transaction. Our goal is to provide users with a better way to pay and get paid. Dash Core Group is in the process of rolling out a series of upgrades to our system dubbed “Evolution” to make Dash the most user-friendly blockchain-based payment network in the world.

Communications and marketing at DCG. Huge fan of Dash. And cats.

Why you should be excited about the Dash Platform

How Dash Platform Could Implement IBC

Dash Wallet App Rolls Out An Update For iOS

What's The Matter With Infura And Other Services?

This website uses cookies to improve your experience while you navigate through the website. Out of these, the cookies that are categorized as necessary are stored on your browser as they are essential for the working of basic functionalities of the website. We also use third-party cookies that help us analyze and understand how you use this website. These cookies will be stored in your browser only with your consent. You also have the option to opt-out of these cookies. But opting out of some of these cookies may affect your browsing experience.
Necessary Always Enabled
Necessary cookies are absolutely essential for the website to function properly. This category only includes cookies that ensures basic functionalities and security features of the website. These cookies do not store any personal information.
SAVE & ACCEPT
102164